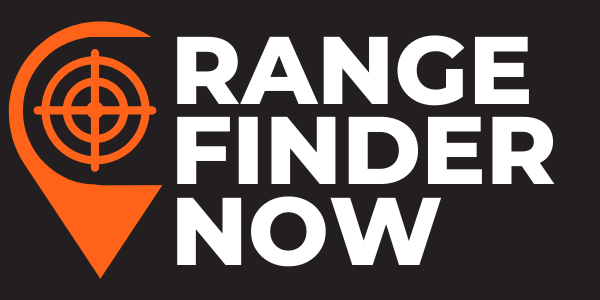 Moose are some of the most magnificent game animals in the world. As one of the largest game animals in North America, many hunters have moose on their bucket list and dream of one day traveling to the northern portions of the continent to get a chance at taking one.

Moose are mostly found in Canada and upward through the Alaskan wilderness. Hunters who have any experience with moose know that they are one of the most difficult animals to successfully hunt.

Moose hunting requires quite a bit of skill, patience, determination and physical ability. We are going to lay out exactly how to hunt for Moose below.

Moose are generally found in the northern-most portions of the North American continent. Full-grown adult moose can grow larger than most horses and can also be quite dangerous if they feel threatened or scared. Bull moose are well-known for sporting some of the most impressive antlers in the world.

While cows are typically found with their young, adult bulls are loners and will not seek the company of other moose until the rut occurs in the autumn season. During the rut, bulls are known to cover many miles in search of a cow that is ready to breed. Bulls can also be extremely dangerous during this time as their bodies are pumped full of testosterone and they shed their normal meek demeanor and can become aggressive.

The natural predator of the moose is wolves. While grizzly and black bears might sometimes kill a smaller calf, wolves are the only animals capable of combining their efforts to take down an adult moose, which are said to be able to live up to 25 years or more in the wild.

If you’re preparing for a moose hunt, there are some tips and guidelines that you’ll want to follow in order to have a successful hunt.

The Right Gear for Moose Hunting

Whether you’re going on a guided moose hunt, or planned for a DIY hunt, you’ll want to pack the right gear as you’ll likely be many miles from civilization once you do get into the actual hunt. One of the most important things to keep in mind when it comes to moose hunting gear is that you’ll be carrying everything you pack. Most experienced moose guides and experts recommend that hunters keep their gear packs to a maximum of 60 pounds.

Be sure to dress with plenty of warm clothing as you might experience some extremely cold temperatures. One important point is to also pack rain gear as showers can still sneak up out of nowhere, even in the northern reaches of Canada and Alaska. Carrying a map and GPS unit with you is also extremely important as you don’t want to get lost in the wilderness with no way to contact help.

The Right Gun for Moose Hunting

As you might have expected, small caliber rifles can be left at home for your moose hunting trip. You’ll want something with serious knockdown power as moose are larger than just about every other game animal in North America.

A general rule of thumb for most moose hunting experts is to use a rifle caliber no smaller than a .300 Winchester Magnum. Moose can be successfully hunted with any caliber that would normally be considered enough for whitetail deer. The key to shooting and killing a full-grown moose is shot placement.

You’ll need a cartridge that can accurately hit the target at a few hundred yards and still deliver enough of a punch to take down a massive bull moose.

Where to find moose

Moose actually don’t roam much during a typical day, and if you catch sight of a moose, odds are he will stay in the area until you’ve spooked it. Moose tend to stick to thick underbrush that they use remarkably well to conceal their movements.

Search valleys and thickets near rivers and lakes to find signs of moose. As you might suspect, finding moose tracks isn’t terribly difficult as these massive animals can leave deep impressions in the ground.

A bull moose will also nearly destroy smaller trees in efforts to mark their territory, especially near and during the rut season. Look for fresh sign of tracks, droppings, rubs, and places where moose will wallow on the ground or bed down.

The spot and stalk hunting method is most common for moose. Most expert moose hunters recommend sticking to steep hillsides overlooking valleys or shorter brush where you can actually see moose. When you first start hunting, stick to the higher elevations so you can glass at longer distances. Once you’ve located a shooter, then it’s time to move in.

If you’ve glassed a moose, but you’ve lost sight of it as you approach its location, don’t panic. As long as you haven’t spooked it, the bull will remain nearby.

Once you’ve found an area that has signs of moose, you’ll want to get to a good vantage point that will allow you to see for several hundred yards. The last thing you want is to be in the lowlands and have a moose sneak up on you. An experienced moose guide will know where to anticipate the moose to come from based on the topography and other land features.

Once you’ve found a good spot to sit, you’ll want to begin calling. Learning to call moose can be surprisingly easy. The key is to stick to the fundamentals of how moose communicate with one another.

Just about anyone can produce a sound similar enough to a moose call. The various kinds of moose horns you’ve probably seen on moose hunting videos are only used to amplify the sound a moose makes. Once you’ve learned how to efficiently call moose, you’ll be well on your way to an exciting hunt.

Making sure to pay attention to some of the basic points of hunting is key when you’re on a moose hunt. Just like most game animals, moose have an impeccable sense of smell and can detect predators and humans from several hundred yards away if the wind is right. You’ll want to pay attention to the wind direction on your hunt and make sure that an approaching moose doesn’t catch your scent and make an early departure.

Be aware that bull moose can be extremely dangerous if you get too close to them during the rut. If you want to get a shot at an adult bull, you’ll want to be very careful about how you walk through the woods and how you react to wind direction.

Don’t be afraid to venture into the far reaches of the property you’re hunting if you want to get a shot on a trophy bull. Most hunters are a bit lazy when it comes to moose hunting as you can usually drive around the trails in a truck or ATV and locate moose that aren’t far from the main trail.

If you go into the areas where humans don’t typically travel to, you’re more likely to catch a monster bull slipping as he will be more comfortable in areas where he knows humans aren’t usually found.

When you’re hunting the rut, it’s best to look for the cows first and then try to see if there are any bull moose nearby. Once you’ve located a cow, be sure to search the surrounding area thoroughly before deciding to move on.

Moving in for the Kill

As you glass the hillsides and valleys, you should eventually find a moose that you want to move in on and get in position for a shot. The most important factor in doing this is wind direction.

Unlike other deer species that are much more skittish, moose are not easily spooked. You can move in on a moose rather aggressively and make quite a bit of noise compared to what you would expect when stalking a whitetail. The key is to pay attention to the wind direction and do not let the moose catch your scent.

Once You’ve Taken the Shot

It is important to get your moose cleaned and quartered and have the meat packed out as quickly as possible. Remember, moose country is also bear country and the last place you want to be in bear country is near a freshly-killed carcass.

Learning how to properly clean and pack a moose is crucial. You’ll want to master this step of the journey or bring someone along who is skilled at packing meat out as they will be able to offer tips along the way to help you get home safely.

Part of moose hunting is camping in the field as you search for moose. Some hunters spend weeks in the field on their moose hunt and will patiently wait for the right bull to come along. Eventually, you’ll probably have to set up camp during your moose hunt.

Be sure to set up your camp as far away as you can from the area where you’ve spotted moose signs. If you camp too close to the moose you’ve been hunting, you’ll likely spook them well away from your position and you can forget about getting a shot opportunity.

Moose Hunting is Not Easy

Moose hunting is unlike almost any other type of hunting in the world. You’ll be forced to cover long distances on foot and you’ll be sleeping in a tent in the heart of bear country where wolves and cougars likely roam as well. You’ll want to make sure you’re in the best physical shape you can be. If you slip and break a leg or sprain an ankle, you could be in serious danger.

When planning your moose hunt, be sure to count the cost and take into consideration that you’ll be tasked with much more difficulty than any other kind of hunt you’ve been on. If you’re ready and willing to accept the hardships and the danger, you’re ready to harvest a moose and have an epic hunting story to tell for the rest of your life.

And that is Moose Hunting 101

Best of luck to all Moose hunters out there, whether you are just starting or a seasoned veteran. Thank you for reading! 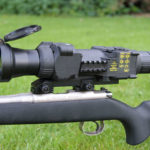 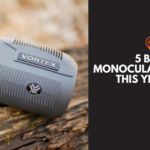 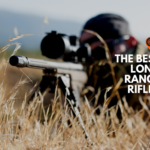 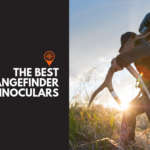